The First Nepalese Team in Rolwaling for First Ascent including Nima Tenji Sherpa, Tashi Sherpa and Dawa Gyalje Sherpa successfully completed 3 new peak ascents.  They climbed Mt Raungsiyar on 4th October at 3:15pm, Mt Langdak on 5th October 11:45am and Thakar-East on 6th October at 11:30am.

We are very thankful to Sponsors

Detail report and climbing pictures will come with them sooner.
Posted by First Nepalese Team on First Ascent in Rolwaling at 2:43 AM No comments:

On 26th September, the first Nepalese team on first ascent in Rolwaling headed to Rolwaling Valley. They planned to climb 3 new mountains which were never been climbed. All the 3 members of the team are from Rolwaling valley and they took their step to explore the valley. There are many unclimbed peaks and  the valley itself is so beautiful to trek. Now it's getting its popularity as best destination for ice climbing and rock climbing in Nepal. It is also the nearest place for climbing and trekking from capital city, Kathmandu, Nepal.
They are professional guides in Nepal with trained from Nepal National Mountain Guide Association affiliated to IFMGA/UIAGM.This first phase of Mountain Guide course from IFMGA in Nepal held in Rolwaling.


The 3 Nepalese team on 3 mountains made first successful ascent on Mt Rongsiyar on 4th  October at 3:15pm. This is the first ever expedition on Mt Raungsiyar. So it's a official that this is the first ascent.
This is also the first mountain that has registered only Nepalese name in the list of first ascent. Nepalese made many first ascent on many mountain but never made only by Nepalese. Usually we hear foreigneer+Nepalese name like Everest, Tenzing Norgey Sherpa from Nepal and Sir Edmund Hillary from New ZeaLand. Detail report of route and scenery has to come. 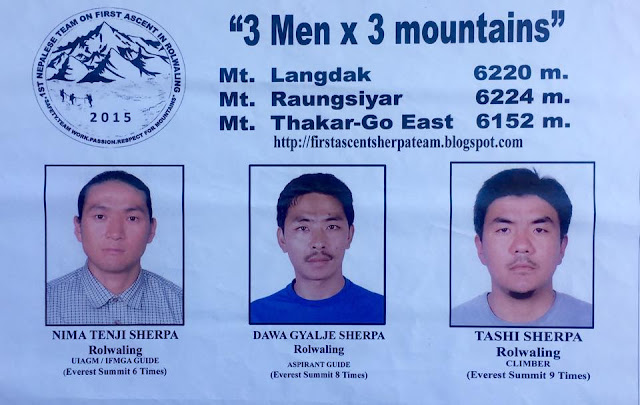 The Nepalese team also made successful ascent on Mt Langdak on 5th Oct 2015 at 11:45am. In a conversation with the team leader, Nima Tenjing Sherpa, he mentioned this is the best  view point he ever climbed. He also told that this is the only mountain from where he saw 6 mountains of 8000m together from same place. The 8000m mountains are Mt Everest (8848m), Mt Kanchenjunga (8586m), Mt Lhotse (8516m), Mt Makalu (8463m), Mt Cho Oyu (8201m) and Mt Sishapangma (8013m).
Mera peak used to be regarded as the best mountain to see 5*8000m peaks but Langdak added Sishapangma in additional. It's a very good news and exploration for several commercial expedition operators and climbers who are interested to see 6*8000m mountains together.
Detail route and pictures will arrive with them

The team are now climbing on Mt Thakar Go East. We will soon update once they get success.........................
for more information
Email: firstascentsherpateam@gmail.com
Posted by First Nepalese Team on First Ascent in Rolwaling at 8:20 PM No comments: 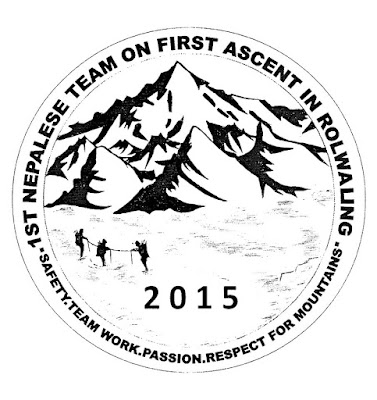 Nepal is known for the home of Mt Everest. Beside Mt Everest, there are thousands of mountains in Nepal and Nepalese climbers are given title “Sherpa” and they are regarded to be the strongest on mountains. But they are always bounded to live their live as supporting climbers and High Altitude Porters since 1900AD. The title “SHERPA” started with Ang Tharkey Sherpa when he first joined westerner expedition to Nepal in 1908. He was found very strong and loyal so he was made the chief of porters and started working as supporting climber, SHERPA in 1910s.

Actually "Sherpa" is kind of ethnic group (caste) which are mainly found in higher Himalayas of Nepal. When foreigners were in Nepal for trek or Climb in 1900s, they often went to Himalayas. They took people from there as their guide, porters etc. Whenever those foreigner asked any guide or porter, everyone told NAME+Sherpa (caste).  By which the word “Sherpa” became so famous and later on it became kind of profession by itself.  So it presents both kind of caste and profession.


With the changes in time, Nepalese climbers are changing. It was just profession for them from the beginning but it is found that many youngsters choose it as their hobby in present time. Nepalese climbers are getting global reorganization. Every kinds of skill development training are being introduced in Nepal. Today Nepal is member of IFMGA/UIAGM.

On March 21st 2014 Government of Nepal has officially legalized and permitted 104 new peaks in Nepal. Among them, 17 peaks lie in Rolwaling valley. It’s been a years since the government of Nepal has officially legalized these peaks but stilled these peaks are rarely known.
The key element of this project are to explore Nepal and  Nepalese climber. The three peaks, Mt Langdak (6220m), Mt Raungsiyar (6224m), ThakarGo East (6152m) lie on the borderline between Tibet and Nepal in Rolwaling valley.

The dedicated team for the project

Nima Tenji Sherpa, a permanent resident of Rolwaling started his climbing career since 1998. He has been involved in the field of tourism before starting his mountaineering career. He is well trained professional and certified IFMGA guide from Nepal National Mountain Guide Association (NNMGA) under the supervise of International Federation of Mountain Guide Association (IFMGA/UIAGM).   He is also an instructor in Nepal Mountaineering Instructor Association (NMIA). 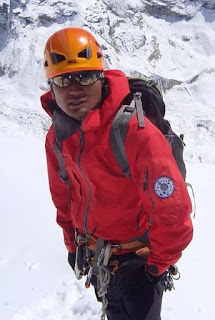 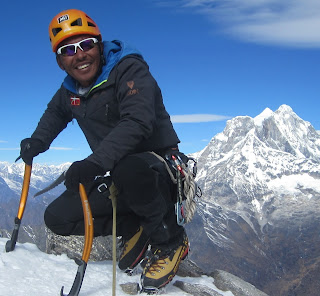 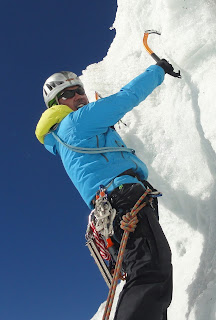 
Why we made this plan

1.      Exploration of Rolwaling Valley
Rolwaling is very remote but beautiful and nearest place to trek and climb from the capital city. It is known for home of Everest summitter. If you trek in Rolwaling valley, you will find alteast once person of the family climbed Mt Everest. But It is not that popular, so the main objective of this project will be exploration of Rolwaling valley.
2.      Introduction of Nepalese Alpinist
Nepal is always known for home of climbing and Sherpa are the real heroes behind the success but they remained behind always. Now Nepalese climbers are capable of competing globally but it is rarely heard about Nepalese Alpinist. So this is a step for us to represent ourselves with changing profession into our hobby.
1.      To show Nepal is still safe for climbing and Trekking after earthquake 2015
The mega earthquake on 25th,26th April and 12th May destroyed many places in Nepal. But there are many places in Nepal which are not destroyed and many places which are reconstructed already. Lots of fake news are out about Nepal. In fact Nepal is still very safe to climb, trek and tour. Our success will help world’s climbers to believe for safe climbing in Nepal again.


"Nepal is still Safe To Climb, Trek  and Tour" 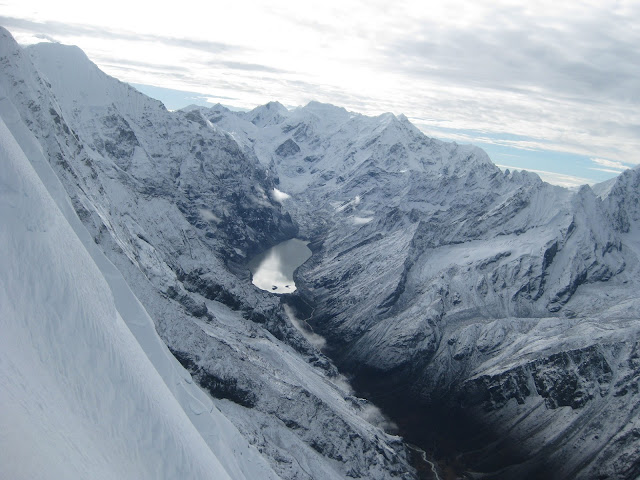 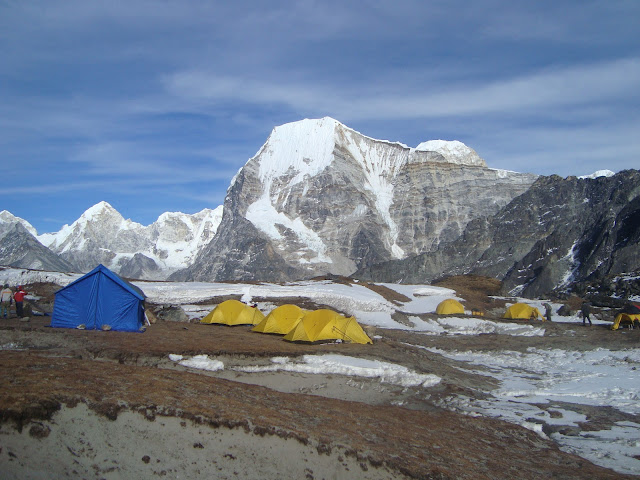 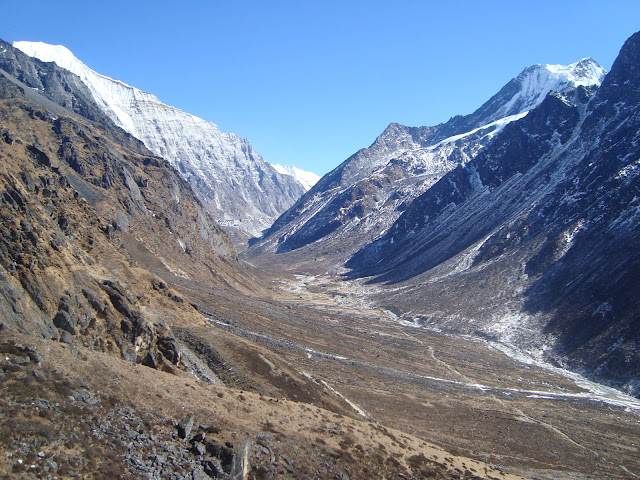 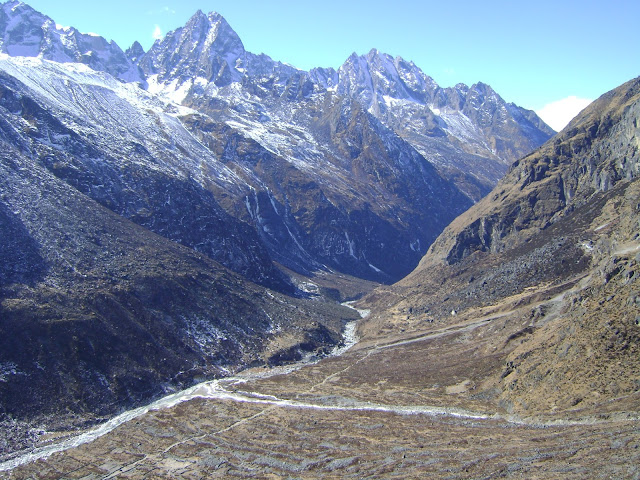 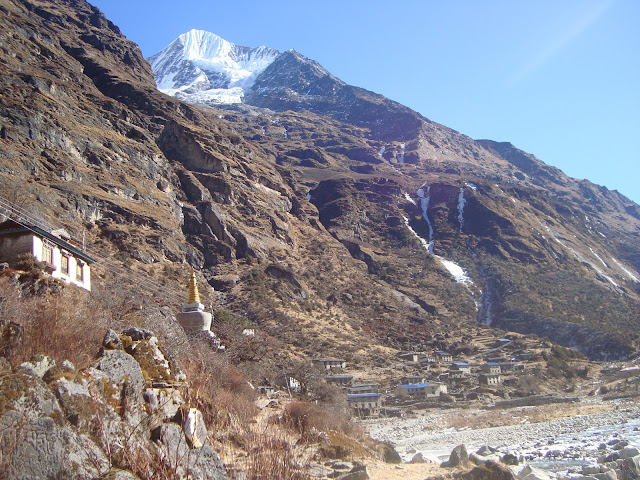 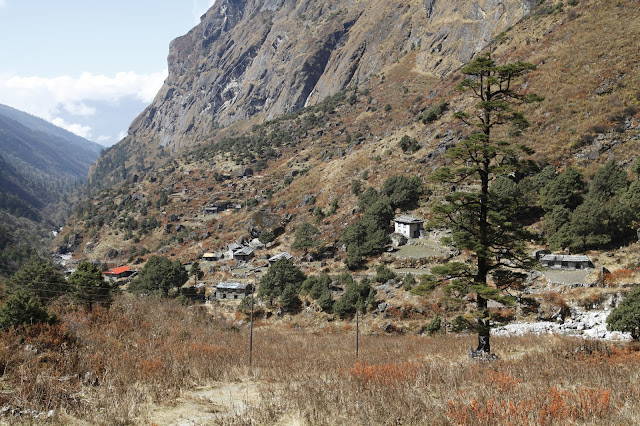 This is Rolwaling Valley

The first Nepalese team for First Ascents in Rolwaling made press conference on 24th September at Nepal Mountaineering Association Secretariat. They spoke to climb for Nepal to show that Nepal is still safe for trek and climb. They were highly appreciated by Board Members from Nepal Mountaineering Association. The president, Mr Ang Tshering Sherpa mentioned his good wishes and he was very positive to be successful and spread positive message from Nepal about Nepal. He also expressed to support such climbing activities in Nepal.
The president of Japan Mountaineering Association, Mr Tadao Kanzaki shared his experience of climbing and wished good luck to the team. 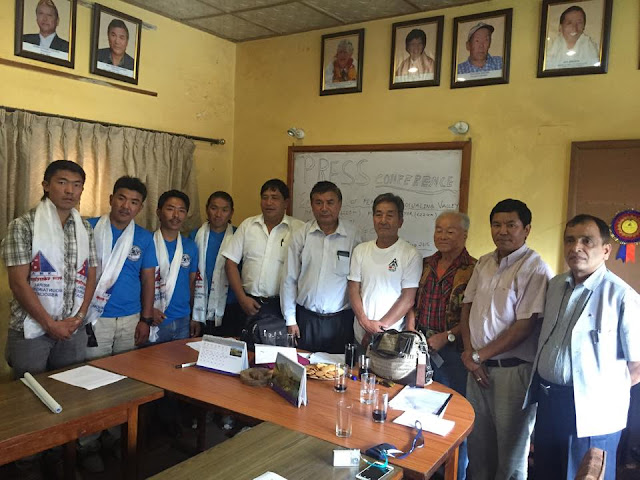 The team members departed on 26th September towards Rolwaling. They trek all the way to Rolwaling and today, 02-10-2015, they arrived at Troulambau glacier and they will walk tomorrow to Base Camp of Rongsiyar. They will acclimatize for one day and will move to high camp from where they will make final attempt.

Posted by First Nepalese Team on First Ascent in Rolwaling at 9:55 PM No comments: